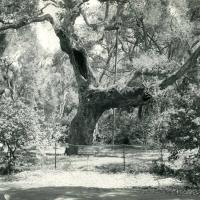 Descanso Gardens is a story of plants and the people who loved them for their life-giving utility and their great natural beauty. While the tale unfolds over centuries, the connecting thread – from the tribal people who relied on the plentiful oaks for food and their way of life to the 20th century entrepreneur who sowed the seeds of a cultural institution – is a deep-seated love for this evocative and distinctive place. Its evolution into a botanic garden, open to the public and nationally accredited as a “museum of living collections,” is but the most recent chapter in the rich history of this landscape. Today Descanso Gardens remains an oasis of beauty, both rugged and refined. In its eloquent landscapes, vignettes and vistas we can experience firsthand moments in the epic story of humans’ relationships with the natural world and enjoy a refuge of stunning beauty. 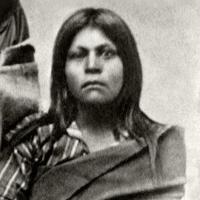 Some timelines of Descanso’s history begin with Juan Rodriguez Cabrillo’s Pacific expedition in 1542, but Native Americans lived on the land around Descanso long before. First settling in Southern California some 10,000 years ago, the Tongva people occupied nearly all of present-day Los Angeles County, the northern parts of Orange County, and the nearby Channel Islands, including Santa Catalina. Indeed, the Tongva flourished throughout the land on which Descanso now stands, thriving in as many as 30 defined villages, each of which had some 400 huts. The Tongva left little in the way of architecture or artifacts. But in this region they did leave behind some now-familiar names – Tujunga, Pacoima, Cahuenga, Cucamonga. The Spanish called them Gabrielino, but they called themselves Tongva, which literally means “people of the earth.” And a most beautiful piece of the earth it was.

California’s early history was very different from the colonies that had been founded on the eastern edge of the continent during roughly the same period. While the settlers in the east came largely from England, France and other northern European countries, California was very much the story of colonial Spain. Following Cabrillo’s first contact with native peoples in the mid-16th century, not much happened in California for two hundred years. But at about the time the American Revolution was gathering on the East Coast, Spain began to assert its hold on California. Their means of expansion was a chain of missions and military outposts that connected 500 miles of California, from San Diego to Sonoma, and the emergence of a feudal system of land grants and ownership. The mission system took away the freedom and culture of the native people, and the land grants took their land. 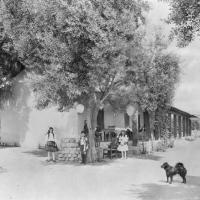 Neighbors jostling over competing claims to Texas and the Southwest, Mexico and the United States went to war in 1846 over past disagreements and the future of California. Eighteen months later, General Winfield Scott entered Mexico City victorious and the Treaty of Guadalupe Hidalgo settled things: The land that would become California, New Mexico, Utah and Colorado would now be United States territory. A year later, in 1849, gold was discovered in the Sierra at Sutter’s Mill, triggering a rush of settlement, commerce and resource exploitation unique in American history. One year after that, California rushed into statehood. In the wake of these tumultuous events, the land that encompassed Descanso Gardens entered a period of contested ownership, a succession of owners, division, questions of title and confusion. This ultimately may have proven beneficial: It kept the land we know as Descanso Gardens in one piece. 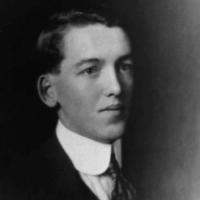 Elias Manchester Boddy was the second of five sons born to an eastern Washington potato farmer in 1891. His life as a boy was a hard one. With some college under his belt, he dropped out and rode the rails east. Arriving in New York City at the age of 24, he began selling the Encyclopedia Britannica door-to-door in the teeming Lower East Side. Thus began a true “Horatio Alger” story that would take Mr. Boddy to France, then California and ultimately to prosperity at his beloved Rancho del Descanso. He served gallantly in World War I but suffered serious injury. Back Stateside, he left New York on doctor’s orders and headed to California in 1920 with his wife Berenice and infant son Robert. In Los Angeles, he returned to selling books to make a living. Within six years, he would be managing the Los Angeles Illustrated Daily News. 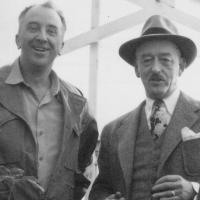 The Boddy family had lived in La Cañada since 1927, enjoying country living in the shadow of fast-growing Los Angeles. In the late 1930s, Boddy bought 165 acres of undeveloped land for a ranch and a new home, designed by “architect to the stars” James E. Dolena. To tend to his growing camellia collection, Boddy hired noted horticulturist Howard Asper. He also became acquainted with successful Japanese immigrant growers, F.M. Uyematsu of Star Nursery and Fred and Mitoko Yoshimura of Mission Nursery, who were cultivating camellias in Southern California before World War II. On February 19, 1942, President Franklin D. Roosevelt signed Executive Order 9066, which led to the mass incarceration of Japanese Americans on US soil during World War II. Under these tragic and unjust circumstances, both Uyematsu and the Yoshimuras sold their camellia plants, and in the case of the Yoshimuras their entire San Gabriel nursery, to Boddy before being sent to detention camps. These people’s terrible loss, reflecting years of labor, was Rancho del Descanso’s immediate gain. The purchase of their plant inventories became the basis for Descanso Gardens’ first signature collection. 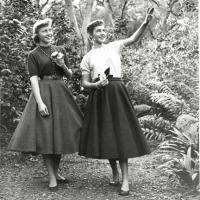 The post-war housing boom brought many newcomers to the neighborhood, some of whom were unhappy to find a commercial enterprise in their midst. To ease public curiosity, Boddy opened his estate, now renamed “Descanso Gardens,” to the public in March 1950. Almost 6,000 people flocked to Descanso, which alarmed neighbors. In 1952, he decided to retire, sell his ranch and move to San Diego County. Concerned by the prospect of development (as well as whiff of interest from Walt Disney who eyed Descanso as a potential site for Disneyland), neighbors approached the County of Los Angeles Board of Supervisors with the idea that the County purchase the property, keeping it intact and in the public trust. Although the County Supervisors were divided, the majority prevailed and a four-year lease/purchase plan was signed in 1953 in the amount of $1,160,000. Descanso Gardens went from private estate to public garden. 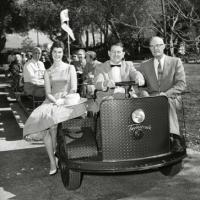 In spite of its new status as a county facility, Descanso continued to face threats. Attendance was disappointing; the Gardens needed maintenance; some thought the land should be turned into a dump. In 1957, a handful of Descanso’s neighbors organized an all-volunteer support group, the Descanso Gardens Guild, to provide direction and funding for the fledgling botanic garden. Under their guidance, the California Natives Garden was designed and installed by renowned botanist Theodore Payne in 1959. In 1966, the Japanese Garden opened. The garden was designed by Eijiro Nunokawa, created by Frank Kuwahara, and built with all-volunteer labor and funding provided by the Japanese American community. The Teahouse was designed by San Marino architect Whitney Smith. A Japanese country-style farmhouse (called a minka) was added in 1969 by Bob and Mary Matsumoto. And in 1982, the new entrance buildings were completed, including the Visitor Center, Courtyard, Van de Kamp Hall, classrooms and café. 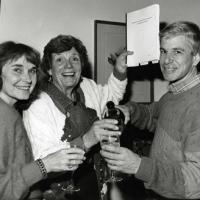 A contract with L.A. County

Between the time of its founding and through succeeding decades, the Guild grew in size, influence and ambition. In 1993, it signed a contract with the County which made the Guild responsible for managing Descanso Gardens. A new rose garden, the 5-acre International Rosarium, opened in 1994, featuring more than 3,000 roses and beautifully landscaped spaces. In 2004, Descanso Gardens earned museum accreditation from the American Alliance of Museums. The Boddy House was restored to its former glory in 2007 when it became the Pasadena Showcase House of Design. A grant from the Ahmanson Foundation enabled the Guild to repurpose the house as a combination house-museum and interpretive center for visitors. A gift from Hope Tschopik Schneider, a longtime Descanso Gardens lover and trustee, enabled the creation of the Mediterranean-themed “Hope’s Garden” on the terraced slope facing the house. 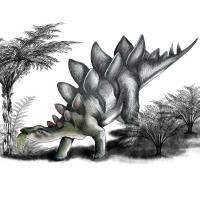 Enabled by a lead gift from Heather and Paul Haaga, the Sturt Haaga Gallery opened in September 2011, created by reimagining and renovating the Boddy House garage. The gallery presents three exhibits each year. The Oak Woodland, Descanso Gardens’ first expansion in over 30 years, opened in November 2014. This garden recreates the oaks and meadows habitat of the Los Angeles Basin in the times before European contact. September 2015 brought another new garden, the Ancient Forest, a collection of cycads sited amid other plants of ancient, “living fossil” lineages. A member-supported garden, Descanso depends on donors large and small to survive and thrive. More than 12,000 households have become Descanso members. Many of Descanso’s most important features have been made possible by philanthropic gifts from private sources – individuals, families, foundations and companies – for the enduring benefit of the garden and the people of Los Angeles and the world over.